What is the GPCA?

The club was organized December 2, 1934. It received official recognition by the American Kennel Club on September 10, 1935. At that time it became an AKC member club with full rights. The club’s first delegate to the AKC was Francis V. Crane, who held the position until 1948 when he resigned for health reasons.

The first publication, The Great Pyrenees, was published in 1936. Quoting from the introductory note by President Will S. Monroe of Couching Lion Farm, Waterbury, Vermont:

“It is with pardonable pride that we bring to a close the first year’s report of the Great Pyrenees Club of America. Rarely has a new breed been brought to our country that has attained so great a degree of popularity in so brief a period as the Great Pyrenees. Within a half dozen years, twenty-one adult dogs have been imported from France, seventeen of which are living today. Fifty-four puppies have been whelped, of which forty-five are living today. These representatives of the breed are fairly scattered throughout the American continent — the United States, the Province of Ouebec in Canada, Labrador, and the Diocese of the Arctic in British North America.

“Our club was organized scarcely twelve months ago, and already our roster shows a membership of thirty-three. Probably no other canine organization of a new breed has hitherto registered so large a membership during its first year. The success has been obtained by the combined appeal of the dogs themselves and the energy and enthusiasm of an efficient and active membership.”

On January 4, 1935, a model Constitution was drawn. The standard for the breed was adopted and accepted by the Great Pyrenees Club of America at a meeting January 20, 1935, and by the American Kennel Club at its meeting February 7, 1935. The original standard (adopted from the French in 1927) was not revised until 1990.

The early days of the club were happy, informal ones, with members cooperating in promoting and supporting our breed. Basquaerie, owned by Francis and Mary Crane of Holliston, Massachusetts, was the foundation kennel in 1931, from which stock emanated to found other kennels. Support with entries, participation in club affairs and sanctioned shows could always be counted on from everyone. Inter-breeding between the stock of the original kennels was carried on with cooperation and interest, as all worked toward the standardization and improvement of the breed. For the most part, all show entries were owner-handled, making for informal competition which was enjoyed by all.

The Specialty Shows were started in 1935 at the Morris and Essex Show on the Giralda Farms estate, Madison, New Jersey, of Mrs. Geraldine Rockefeller Dodge.

The first specialty show winners came through the Miscellaneous Classes. At the famous Morris and Essex Show of 1935, Urdos de Soum won the class for dogs, twenty-five pounds and over. The similar class for bitches was won by Mitsou de Langladure. Special prizes (donated by club members or friends, under the auspices of the Great Pyrenees Club of America) for dogs and bitches winning these specified classes on an annual basis, began in 1935 and were awarded each year at the club’s annual meeting, held in the Hotel Taft, New York City, at the time of the Westminster Kennel Club Show.

The first show in which a Great Pyrenees was exhibited was Boston’s Eastern Dog Club Show, February 21, 1932, where Urdos de Soum won the Miscellaneous Class. The first Working Group win was by Basquaerie’s Champion Patou at the Middlesex County Kennel Club show at Cambridge, Massachusetts, on April 19, 1934.

The Great Pyrenees Club in 1937 ordered and received from Monsieur Fath, a famous French animal sculptor from Bagneux-sur-Seine, France, bronze medallions of the head in profile made from a life study of Tri-lnternational European Champion Estat d’Argeles, the dog declared to be the most perfect representative of the breed then in France. Permission was further obtained by Mrs. Crane, on a visit to Madams La Comtessee Bertier de Sauvigny in Paris in 1936, to have Monsieur Fath visit her chateau at Morsang-sur-Orge, where Estat was kenneled, and to do the study from life which was to result in the full portrait study in bronze. One copy of this now is in the library of the American Kennel Club in New York, and the other is at the Dog Museum in St. Louis, Missouri.

Just prior to World War II, Monsieur Fath painted for the Cranes a copy of the famous painting by Oudrey, entitled “La Chasse Aux Loups.” The original at that time hung over the grand staircase of the Chateau de Compiegne but was removed to the Louvre for safe-keeping during the War years. This copy belongs to the American Kennel Club in New York City. This large painting depicts two Great Pyrenees, protected by spiked collars, with two other dogs attacking a wolf, and thus shows the breed in action. No wonder it was once referred to as a Wolfhound!

The Fath medallions were offered annually through 1940 to all Great Pyrenees Best of Breed winners at three-point shows throughout the country. Mrs. Crane donated several medalions to the GPCA before her death in 1982. They are now being awarded for Best of Breed at the National Specialty Dog Show.

The club’s first fifteen years were marked with great activity, progress, publicity, and camaraderie. Through the 1950’s and 1960’s, there was little growth in club membership. The bylaws limited the membership to fifty until the mid 1960’s. As the breed grew in popularity in the early 1970’s, membership increased, and today, in the 1990’s, it is over 700.

Club policies and procedures are administered by a nine-member board elected by the membership. The board elects the four officers from amongst its members. Membership is open to anyone. However, two sponsors are required.

The Club sponsors national and regional specialities, working closely with regional clubs. Regional clubs consist of local Great Pyrenees fanciers whose common bond is a love for the breed. Regional clubs are responsible for local rescue, fun matches, obedience trials, and specialty shows. They provide educational information, assistance, and comraderie in a localized area. A list of Regional clubs throughout the USA is available from the GPCA secretary.

In 1938 a brochure was compiled to be both illuminating and helplul to judges. It was printed and distributed by the Club. Three books entitled The Great Pyrenees were published in the years 1936, 1941, and 1949. Written by Mary W. Crane, then the club’s secretary, they were well received, widely distributed both here and abroad, and have given the breed much publicity and acclaim. The 1949 Crane book, long a collector’s item, has been reprinted and is readily available.

A bi-monthly Bulletin for club members keeps them informed of breed activities, major show wins, and provides ‘how-to’ and veterinary articles on caring for Great Pyrenees. Contents of the publication are mostly what is contributed by members, along with reports of activities of the Board of Directors.

The Club also publishes a series of annual, loose-leaf Title Holders books. Each book includes pictures, official information, and pedigrees of all dogs who have become champions or earned an obedience degree during the year. This publication provides a continuous record of titled dogs from 1960 through the present. Culmulative indexes are included periodically, and since 1985 there is a section with records and statistics for the year. These books are an invaluable record of the Great Pyrenees for posterity, as well as for the serious-minded breeder of today — and tomorrow — who wishes to study bloodlines.

In 1985 the GPCA adopted a Code of Ethics. This document serves as a guideline of conduct for all members. It is available in pamphlet form from the GPCA.

A publication of the Great Pyrenees Club of America, Inc. revised 1991 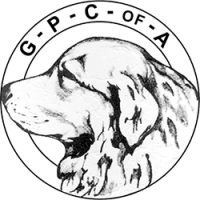